days or brainstorm our business together, that could get to 20 K. So what's an idea that you, you're not currently building, but you thought of because I'm sure you're an idea guy. And you think you can make a website that does X or you could make Nomad list for this other Niche or you could make, you know, the the immigration one for this other thing. So what's a business? Let's brainstorm a business together. What's a business that you think could get somebody to this millionaire status?

Dude, I think what? Man. It's like again this is so personal. So I've been living like I used to live in hostels right? Like dorms in 2015 we did have money, shared with six people like crazy. Then I started like private rooms and hotels than the rooms got a little bit more luxurious because I had more money and then I started discovering like apartment hotels, and it sounds like bullshit. But it works. So well remote work. So, I mean apartment hotel right now in Europe on the beach and there's a kitchen apartment Hotel. What does that? Make sure apartamentos essentially Hotel. So, full service, furnished and nice, interior hotel room, but you also have a kitchen, you have a bedroom, you have a living room, you have it, you know, it's very big. It's pretty much like an Airbnb, but a pay per month or per night or what you pay per month, well, you can pay per night, you can pay per month. It's just, it's like Sean. It's like that guy who whatever. Yeah, it's like sander and it's like, all I forget. The other one, the guy was supposed to come on the pot canceled last

minute. You did one of these in Nashville, right? Or something where you're like. This is. Yeah. Like Nemo. You were working.

Yeah. Like a, it's basically just an apartment that you can rent for five days and they're pretty cool. I do I do them all the time. The problem that I've experienced is within the New York, it's like 10 grand a month and it's like 600 square feet. So that's why I tend to go Airbnb ball, Diamond smaller less expensive cities. You can get like a thousand square foot plays for like six thousand a month and it's just it's basically an apart apartment building. That has one floor or all floors, dedicated to airbnb's. Yeah, the front of everybody is that I've noticed is the quality is very very high. There's a big range of quality and there's problems. There's no daily cleaning. It's feels too much like unexpected. You don't know what's going to happen. Is the water stuff, might break. If things break here, you just got a new apartment, right? And I've done this in Europe, and I've done this in Asia, to, in Thailand. And I spend about you see 2 to 3, K 3 and 5 K. So it's a lot of money. It's more than normal. And but the cool thing is that it, it solves a lot of problems you have in your daily life, because its surface and stuff, and it's a huge thing in Asia, it's use thing in Southeast Asia, even in Korea, Taiwan stuff. So I think that's going to be bigger because of remote work, because you have remote workers, even with families with kids. And you don't want to live in a hotel. Or motel room is very depressing. Like, I go insane in hotel rooms. It's just like a bad and you can barely walk around the bed, there's no space. I need to cook food on to buy steak from the local butcher. I need to cook it with broccoli and spinach and with my friends and stuff. And you can do it in an apartment hotel. And I think the, if you target, it's a high-end Market. I think of remote workers and make a lot of money like 200k or 800k. So me if you target them, you can make a lot of money because it's serviced furnished. And

what would you build, you actually build an apartment hotel or you'd build a digital products.

Pieter Levels Is Bullish on Apartment Hotels for Remote Workers 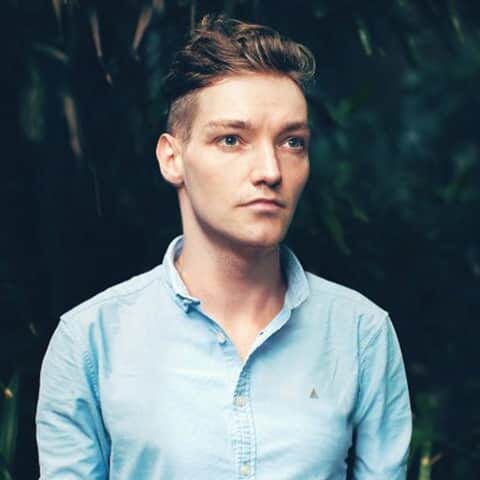